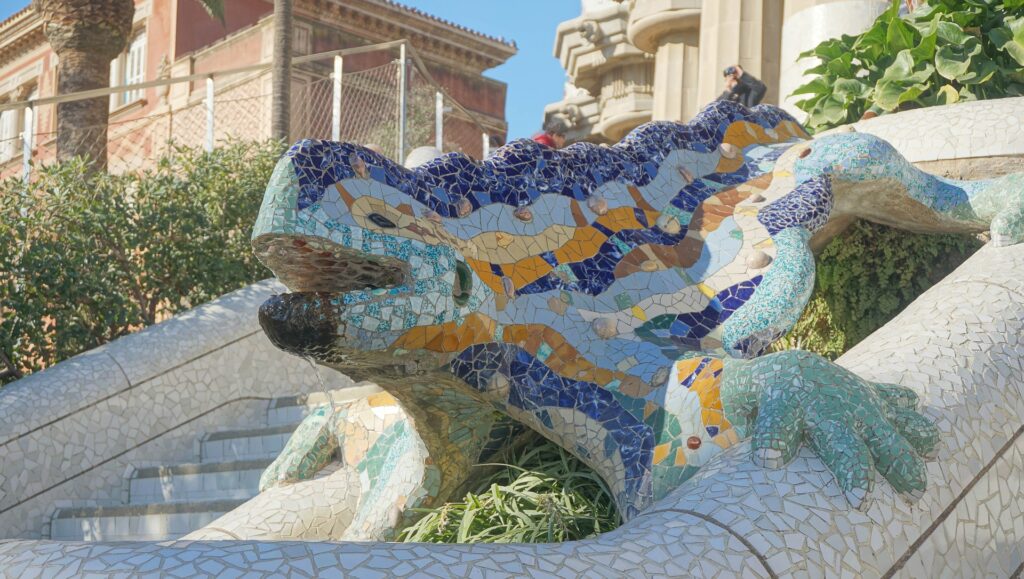 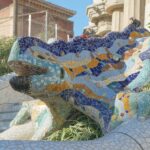 Until 2013 the entry was free. However, after that year the city started applying and entrance fee with the intention of preserving this piece of historical heritage in the best way and avoiding massive crowds.

Park Güell is currently a public park, designed by Antoni Gaudí as a luxury residential area. The commission came from Eusebi Güell, a businessman and patron with whom he had a great friendship. The construction of about 60 houses was planned, of which only two where finally built.

The remoteness from the center, the high expected prices, the turbulent situation after the Tragic Week of 1909 and other factors caused the project to fail.

The works stopped in 1914 with the start of World War I and at the end of the war, after the death of Eusebi Güell in 1918, his heirs sold the park to the Barcelona City Council, which opened it to the public in 1926.

In 1984 it was included in the set of World Heritage Sites. Without a doubt, visiting Park Güell in Barcelona will be a hit on your travel itinerary.

After the death of Eusebi Güell in 1918, the Barcelona City Council opened the park to the public in 1926.

The main entrance of Park Güell

When you arrive at the park, you will find two small pavilions and, between them, in front, the famous salamander. In principle, the pavilions and buildings in the area were to be used for administrative purposes, but with the passing of time they began to be used as a bar, exhibition hall and souvenir shops. ViaductsThe viaducts are one of the most picturesque attractions of the site, on hot summer days they work very well to get some fresh air due to the constant wind current that circulates through them.

Visiting Park Güell in Barcelona is synonymous with knowing the wonderful carob viaduct inspired by the Baroque style.

Gaudí House MuseumThe Gaudí House Museum was one of the two houses that were built to encourage future sales, which never happened (one of them is inhabited by the Trias family, who had it built). Gaudí lived in the first from 1906 to 1925.

Today it is a museum in which some of his works and those of his collaborators are exhibited, in addition to housing his old dependencies. It requires a separate ticket, you can get it on our website (insert internal link).

The Room of the 90 columns

From the staircase you can access this famous room, full of fluted columns, which was to be the market for the urbanization. Although it is called the room with 90 columns, there are actually 86. The medallions on the ceiling stand out. Visiting Park Güell in Barcelona will offer you unforgettable spaces such as this beautiful room.

The Hypostyle Hall supports this huge sand plaza on the edge of which is the famous snake-shaped bench. From some point of its 110m we can have good views of the city and the main entrance. Something that you may not have taken into account is that when you visit Park Güell in Barcelona you will have access to beautiful and unforgettable views of the city.

This small promontory must have been a chapel, but its construction was also canceled due to the failure of the project. In its place today we see a small promontory with three crosses from which we also have great views of the city. When visiting Park Güell in Barcelona you will enjoy a wonderful experience, such as the views from the viewpoint.

Schedule: check the official site to be aware of COVID-19 protocols.

How to go from Barcelona airport to the center March 13, 2021